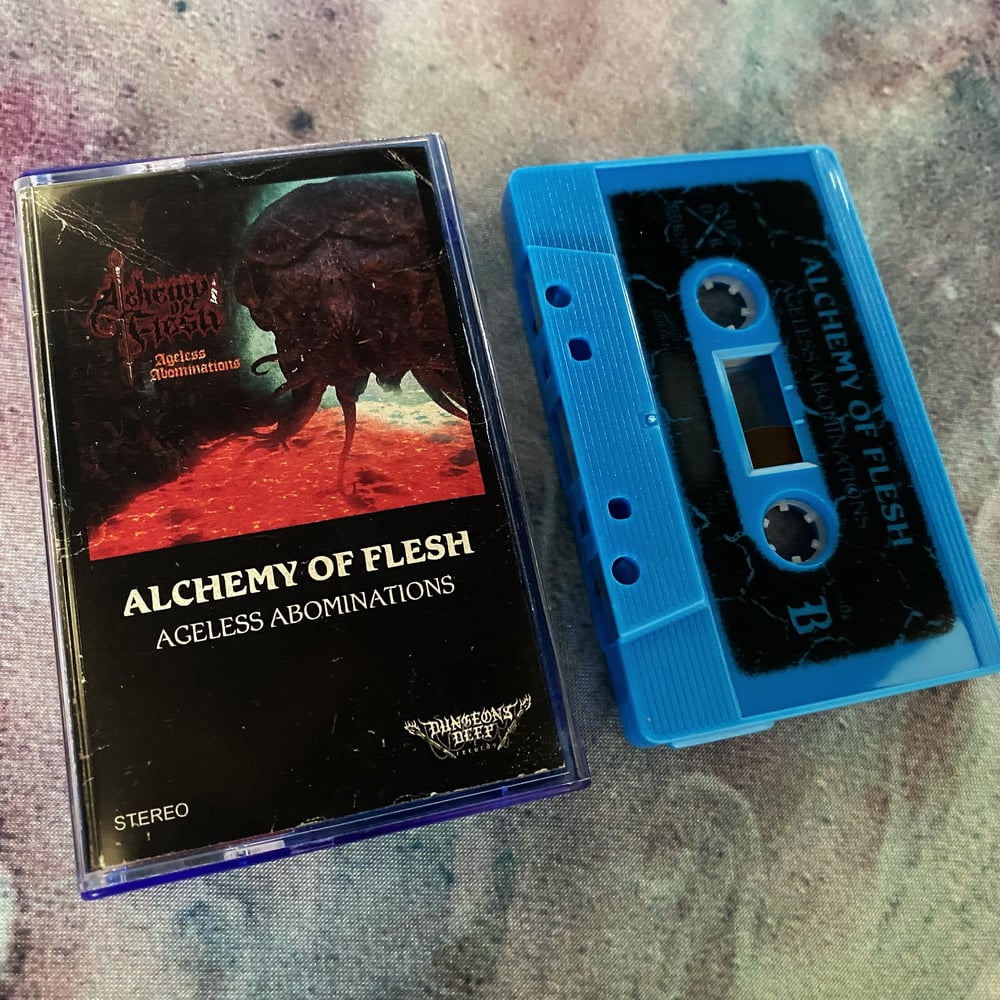 Alchemy of Flesh is a Death Metal band who worship at the altar of the legendary Florida scene. Consciously side-stepping the overwhelming Swede-death aping of many of the modern death metal bands, Alchemy Of Flesh have crafted a sound that is exciting, devastating and deliciously over the top. The solo project of Tim Rowland, Alchemy Of Flesh is dedicated to the sort of full on Death Metal assault that makes the genre so worthwhile. After years of putting out some outstanding one-off projects, Alchemy of Flesh represents Rowland’s most complete work to date. The band's sound pays tribute to Morbid Angel above all, but discerning listeners will also hear the influence of classics like Monstrosity, Hate Eternal and Incantation. The attention to detail and genuine appreciation goes so deep, that Rowland recorded with the same model Ibanez Universe 7 string and Marshall JCM900 that the legendary Trey Azagthoth is known for using! This is the sort of record that really leans into the authenticity of the work and which despite the relative youth of the project, hints at a wonderfully mature and well executed sound.