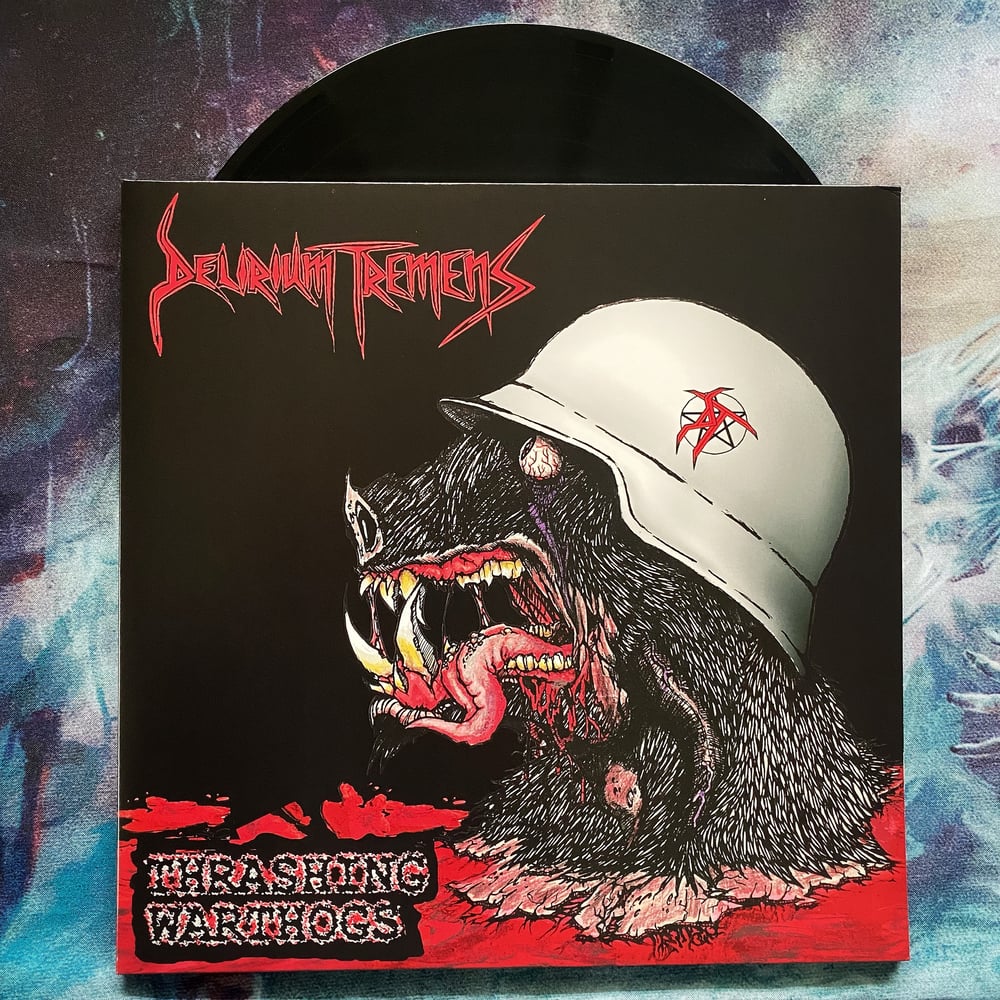 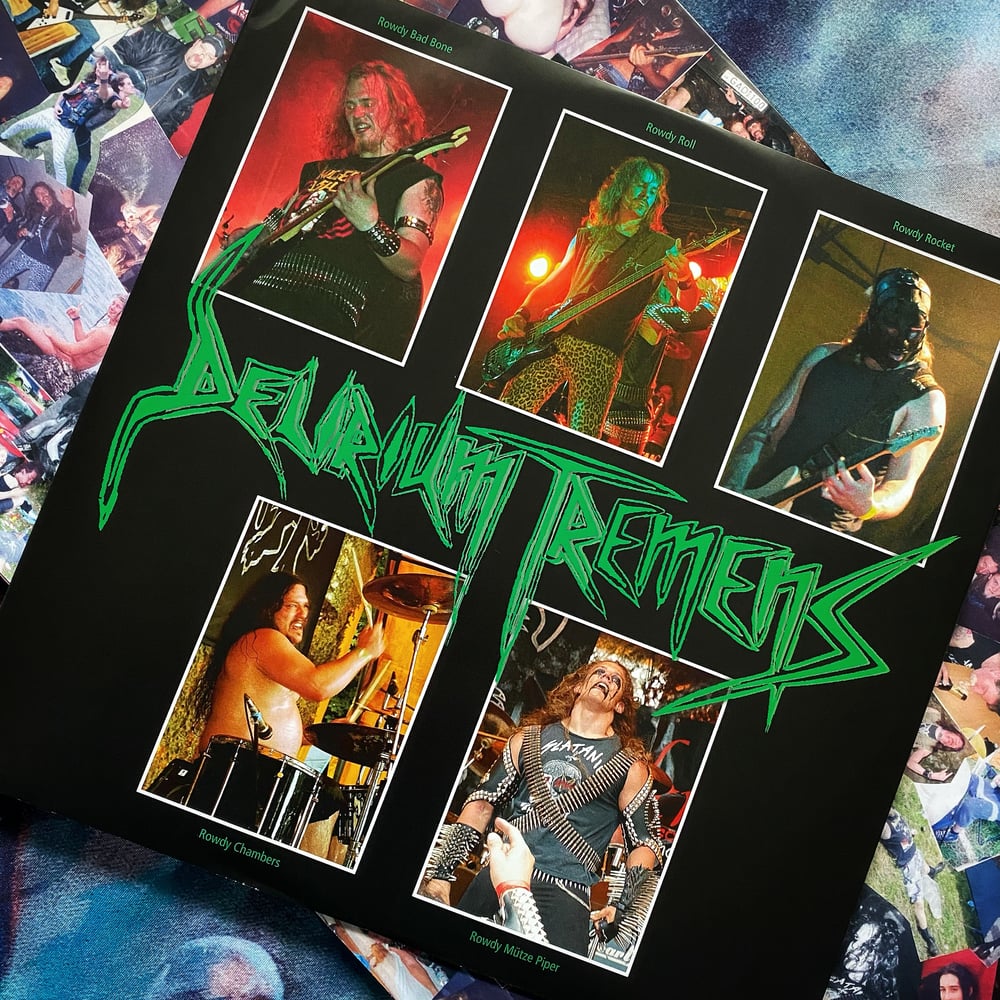 Destructive Greman Thrash Metal. Sex, Violence and Alkohol with Rock'n'Roll.
4 years after the release of their slashing debut "Violent Moshground", Delirium Tremens returned with a new drummer and a second guitarist, both of which added up to a whole new level of playing. After numerous years of legendary yet notorious DIY shows with fireworks, steel, blood, hooded executioners, a whole lotta alcohol and other nonsence, it was time to put all this raw craziness surrounding the band, onto a furious over-the-top Thrash Long Play. With a solid studio production and a serious upgrade in songwriting, not only would the songs become even more fast and destructive(going as fast as 270 bpm), but it was also the Iced Earth-like tightness of the high-speed riffs as well as the pounding doublebass and blastbeat drums, that would make the band stand out from the rest, visually and sonically. A sound so heavy, yet so precise, that has not been achieved by many. However, fans of Dark Angel, Slayer and Sepultura, all in their prime, will definitely find their pleasure with tunes like Army of Death, Twisted Mind, Rot In Hell, or Balls of Fire. All rounded up with a gimmick cover of a Guns'n'Roses classic.