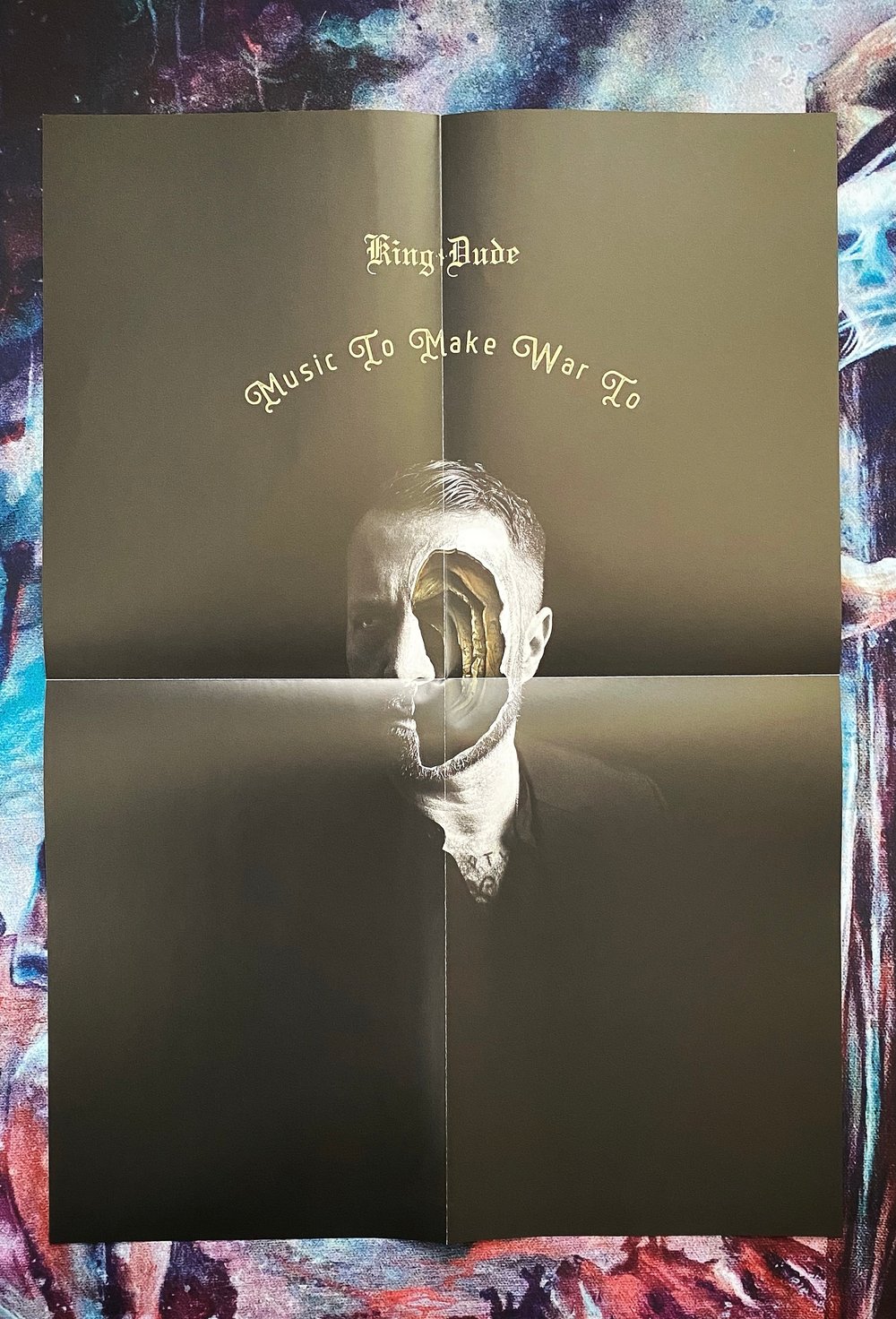 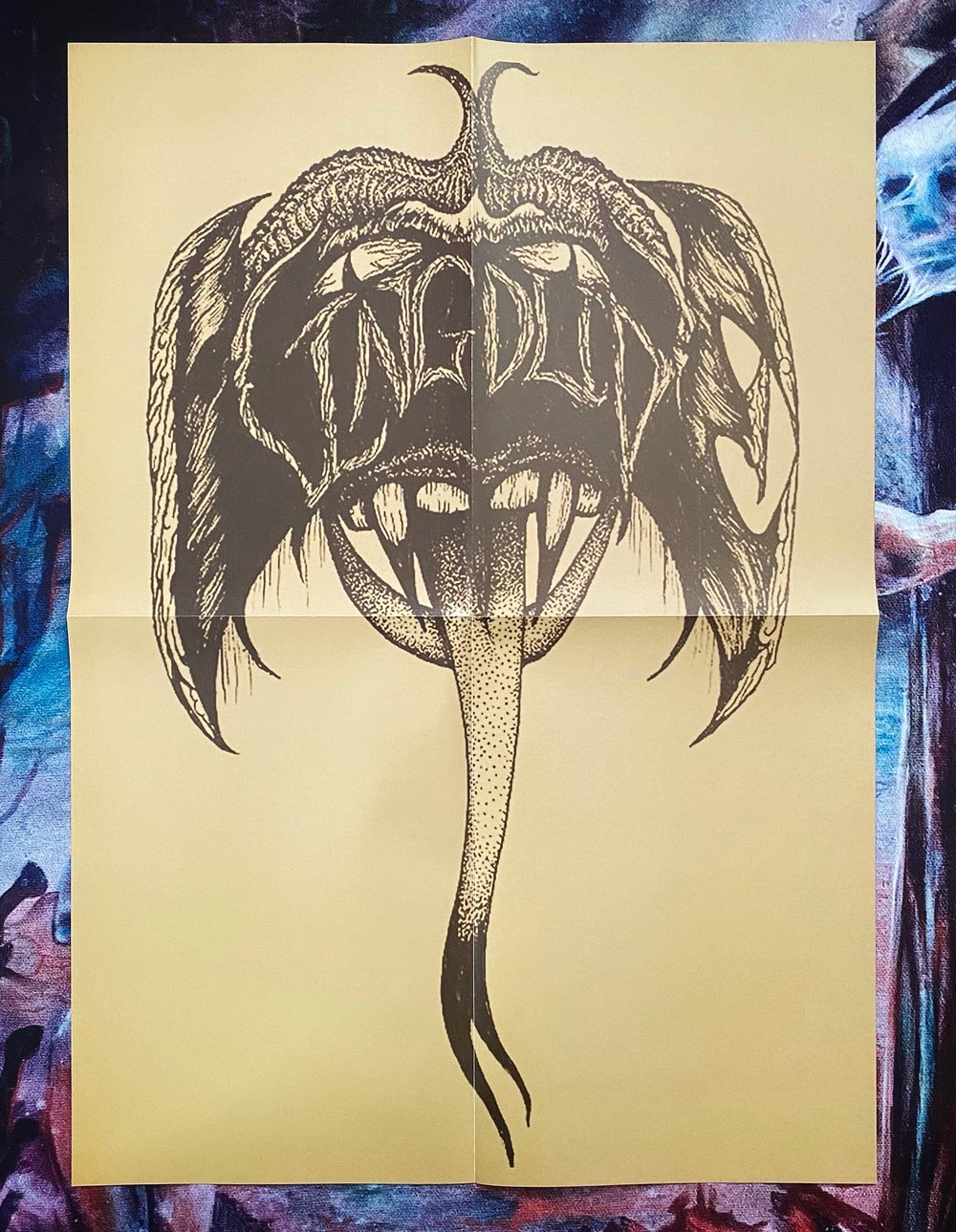 Full color jacket with hot foil embossing, inlay, poster, 180g white vinyl.
"The history of the world seems to be a dizzying carousel; spinning on past times of peace and times of war, past times of life springing forth from some divine miracle and times when death comes along to dash it back down into dust.
From the perspective of the ride each passing era becomes a blurred mass of color and shape, obscured by the distortion of our relatively fixed perspective. Much like the carousel itself the very thought of war can make one nauseated, disorientated and eventually sick. Perhaps it's the illness of those who cannot see themselves relative to the past, that is to say, those who don't know they are on a carousel to begin with that keeps us all firmly mounted to the backs of these mechanical wooden horses. Music To Make War To is an effort to explore what living in a perpetual state of conflict means to humanity. It represents an attempt to find war in less conventional places and explain those findings through allegory and rock n' roll. Of course I didn't approach the subject in literal terms, as I'm sure many people will erroneously assume. In fact my work was done quite to the contrary. Also I feel compelled to say that I chose the title in 2011, as I have done with all my albums I have released since Love. The fact that war is on everyone's mind is purely a coincidence, dare I say a "happy accident". War is insane. When war occurs between two groups of people and a foreign, hostile environment, it gives birth to a specific type of incurable madness... As if war wasn't mad enough to begin with. This is the case during WWII, specifically during The Pacific War, where the US Marines not only battled the Japanese but also attempted to fight off the jungle's disease soaked grip. Indeed it proved to be a wartime recipe for insanity. War comes from within and without. War can be between two different families as well as within the very same family, those who are not only bonded by blood but also by surname, by legacy. War can happen between people whom love one another but are conflicted by their desire to destroy one another. Love doesn't always die when war is born. In many ways the act of war creates the opportunity for great acts of courage, moments of compassion, times of reason, thoughts of regret and a deeper understanding of love. Now more than ever, in times like these when it appears that some invisible yet inevitable war is on the horizon, it is crucial to recall the past and the total reality of war. So, who's ready to take another ride on the carousel?"