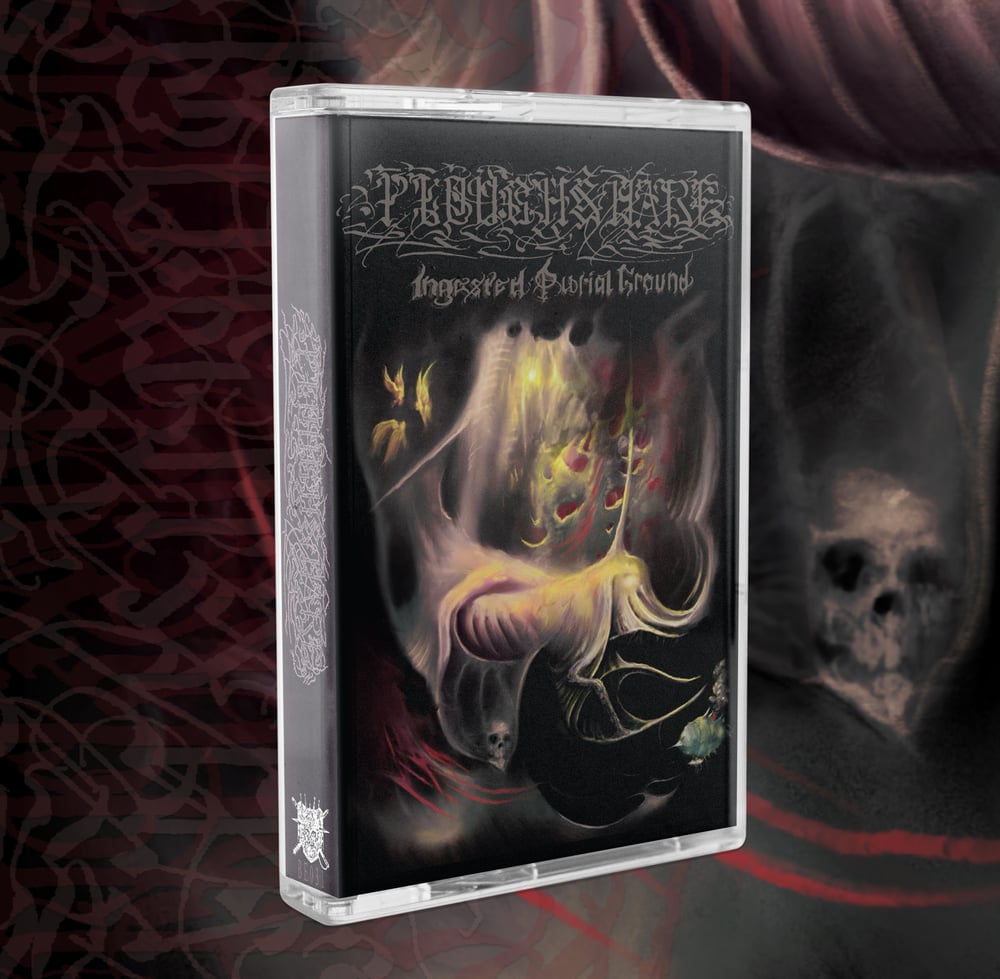 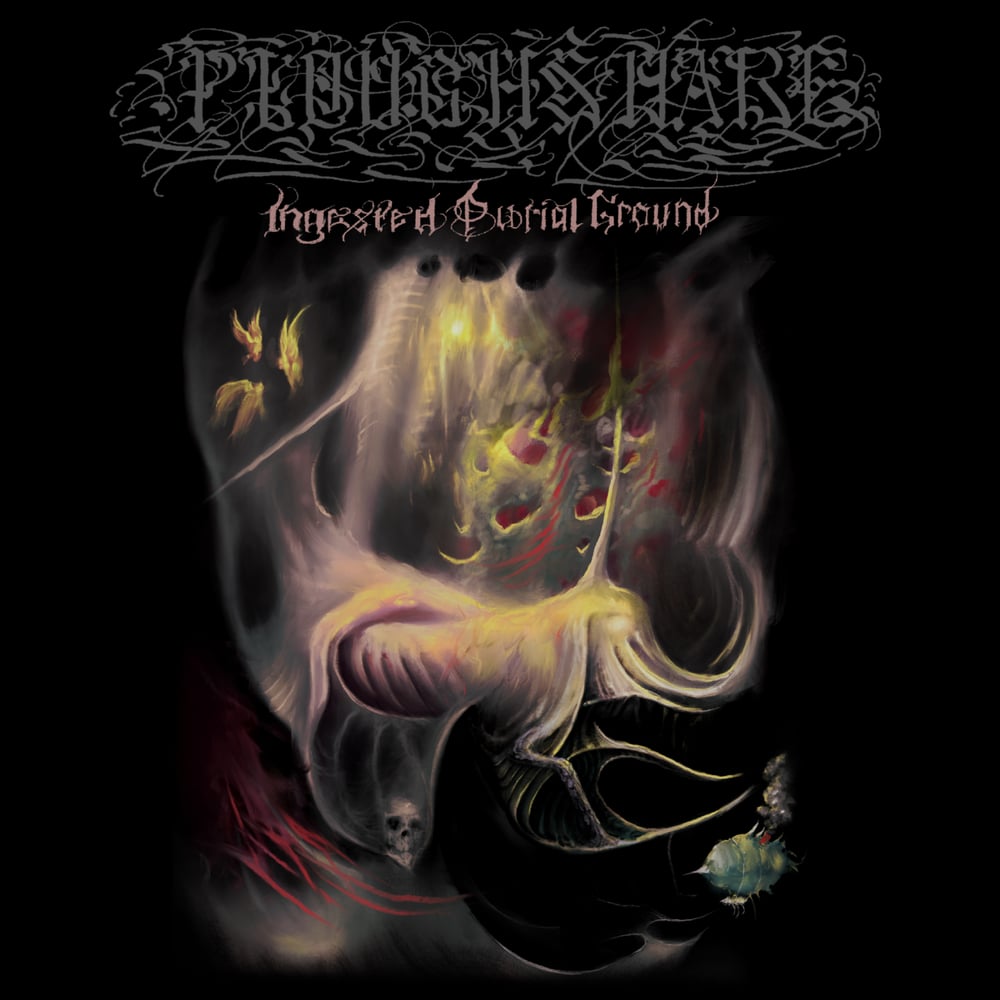 ‘Ingested Burial Ground’ takes its inspiration from a dream sequence inspired by a novel. Defying usual trajectories for a band of this nature, IBG shifts towards a previously hinted at harsh noise/industrial soundscape. One of the members describes it “as an exploration of some of the influences and ideas behind the band that have previously been addressed only in the margins, through using different configurations and instrumentation. All our records, to now, have entailed experimentation in some form. This record perhaps stretches that approach further through using new techniques and tools, and playing with sound in new (for us) ways. The intention was to change the approach and force something new to happen whilst still remaining Ploughshare”.
Pursuing new recording techniques, IBG manifested from “splitting the band’s efforts differently so the recording itself was done by different members at various stages throughout the process. There was no single recording session involved with these songs”. Peter Hyde (Whitehorse) additionally contributed vocals on ‘An Uneasy Dread Arose’.
The album features five initial tracks, followed by a B-side regurgitation of those same offerings, featuring re-imaginings by artists such as Sow Discord (David R. Coen), Alex Macfarlane (Faceless Burial), Ignis Fatuus (Grave Upheaval, Portal), Ascanyx, and Xeno Chemist.