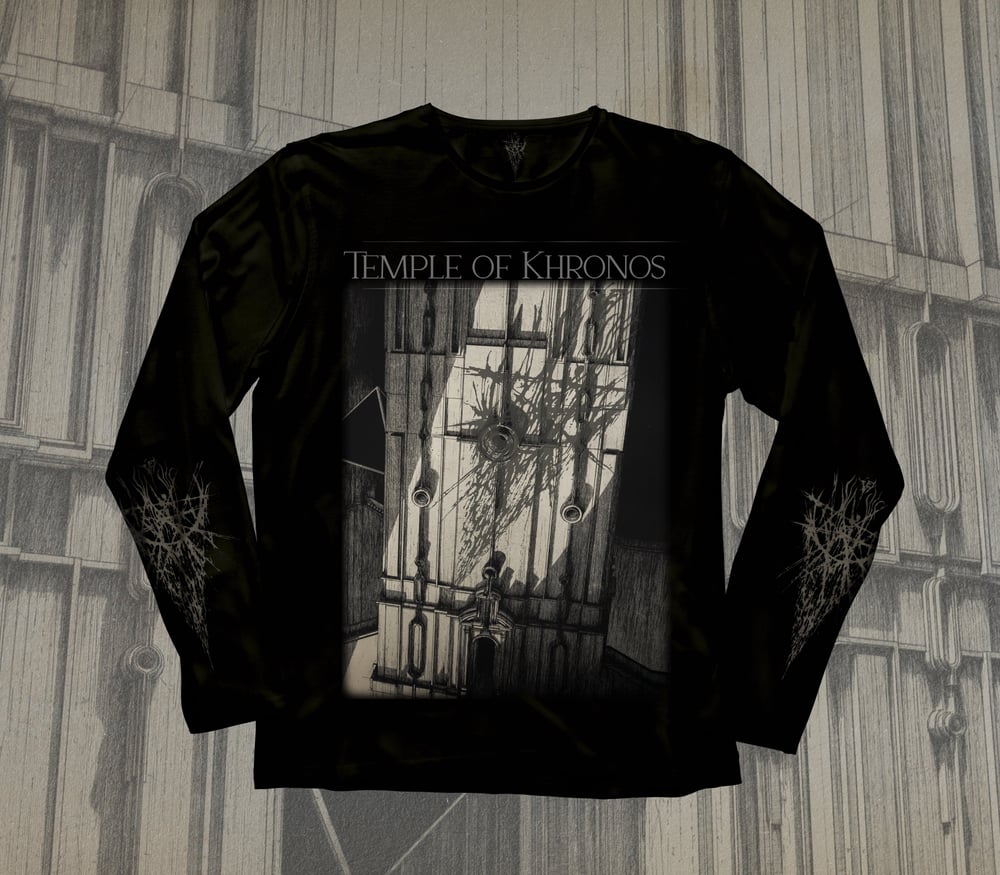 Obscure Australian dark metal futurists Spire return with their immense sophomore full-length album "Temple of Khronos", a reality-bending psychedelic/progressive extreme metal masterpiece of the highest order that will disassociate the listener and teleport them outside their own consciousness, reality, and self. Continuing their cryptic inner war against metal traditionalism and musical conventions in general, this time the Australian atmospheric black metal shapeshifters have fearlessly peeled back the hazy outer layer of their primordial black metal sound to reveal a previously unseen, massive, and glistening, architecture of cinematic sonic dark matter that elevates their imaginative and visionary power to unseen heights, opening worlds inside the listener into which be drawn, trapped and dissolved within one's own consciousness and self. Immensely evocative, and shrouded in a profound and majestic mysticism, "Temple of Khronos" is a foreboding sonic gateway that will push your imagination to its limits as it explores the concepts of time as a deity, tyrant, and as ultimate engineer and destroyer of reality to connect the listener with an obscure and distant future civilization that in facing its own inevitable demise stares back into time facing us with our own nothingness, powerlessness and finality. The album's immense atmospheres and its seemingly boundless imaginative force stem primarily from its crisp but layered and dense production quality that works as a catalyst to channel an unseen and massive sensorial overload of sound in which cinematic and multilayered vocal arrangements (the temple's "choir"), lysergic atmospheres and winding, epic instrumental constructs cyclically collapse to surround the listener and submerge them in an otherworldly ritual of consciousness-altering and space-time distorting aural immensity" - Sentient Ruin Records

ORDER NOW.
ALL PRICES ARE IN AUSTRALIAN DOLLARS.
PLEASE NOTE THAT SOME ORDERS MAY BE DELAYED DUE TO COVID-19.

Spire 'The Violence of Moros' T-shirt PRE-ORDER
$30.00 AUD
Sold out