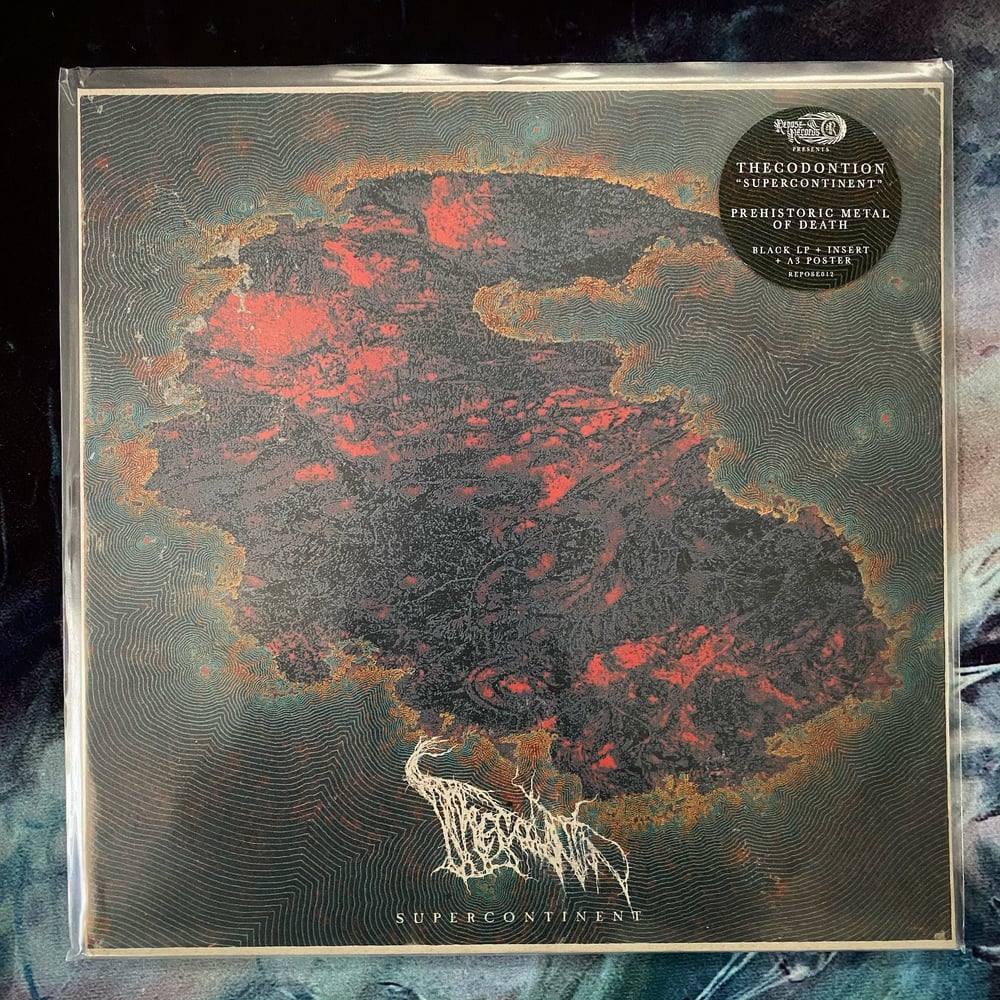 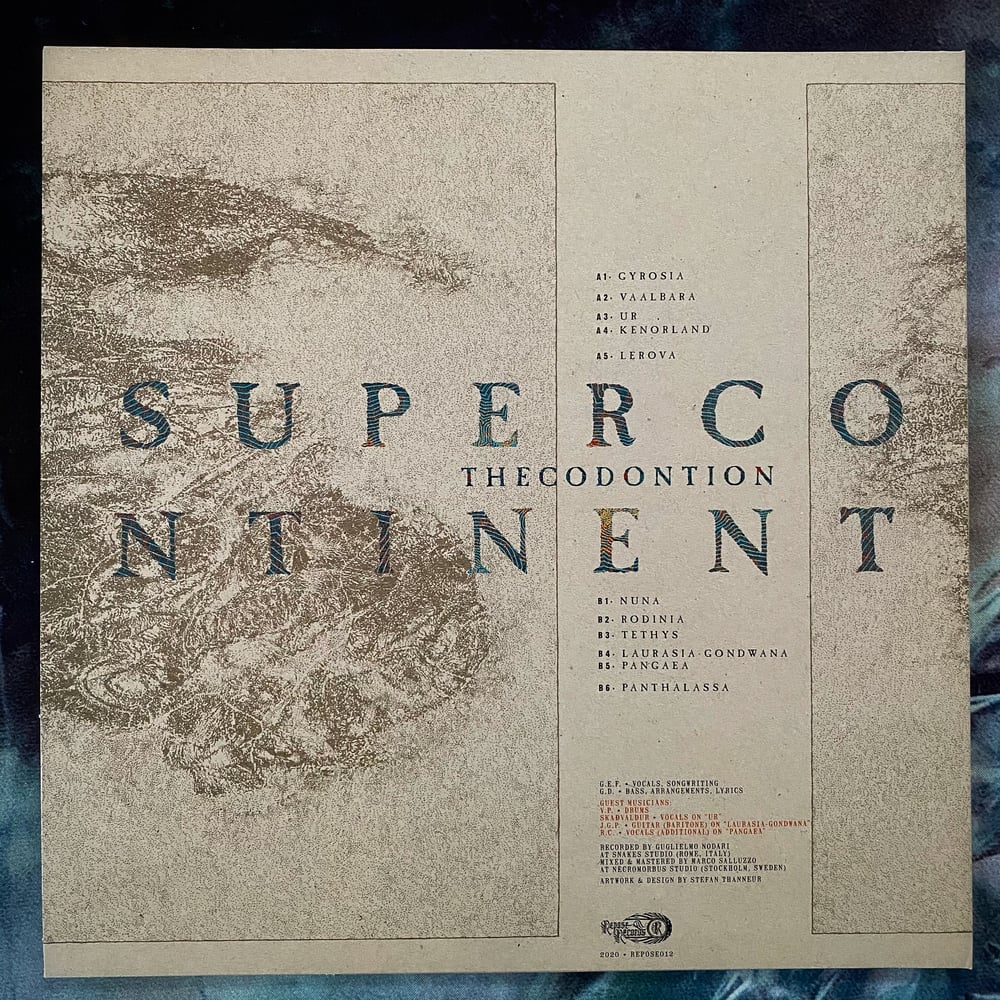 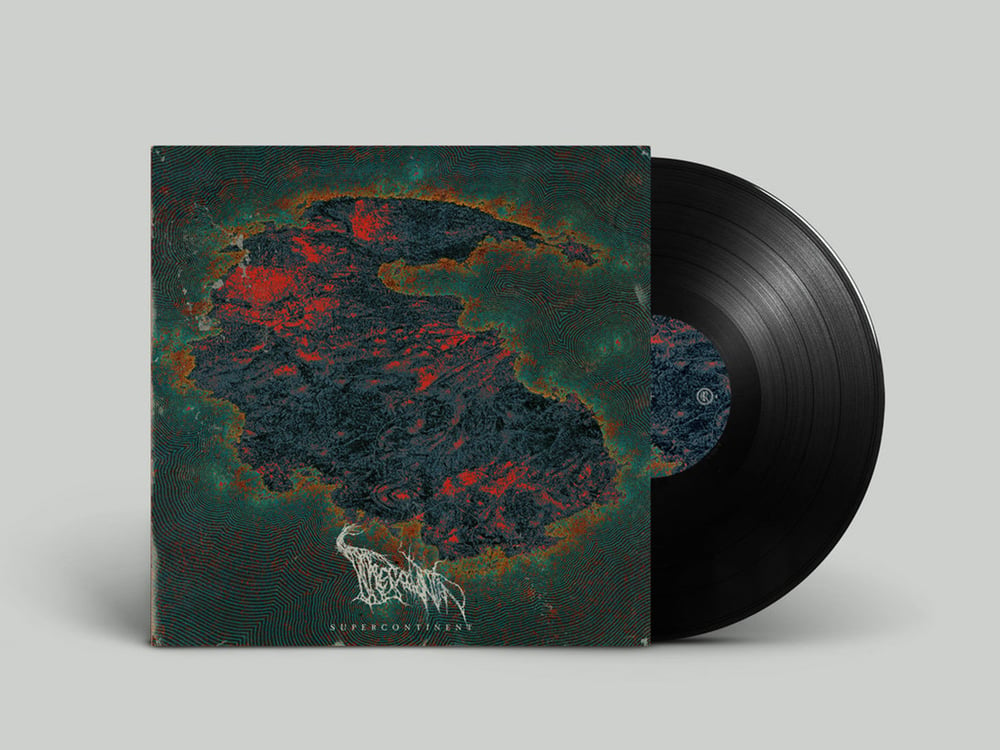 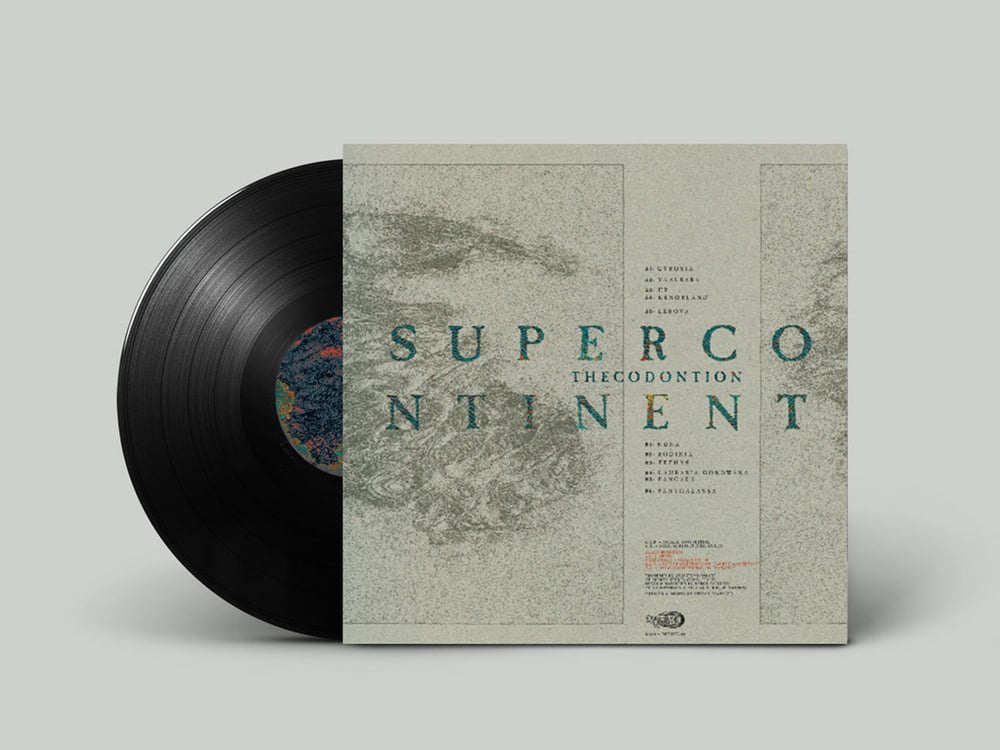 After releasing a demo ("Thecodontia", 2018) and an EP ("Jurassic", 2019), Italy's bass-driven black/death metal prehistoric beast THECODONTION is back with its first full length album, "Supercontinent". Thus far, the band's material has been uncompromisingly fast-paced and length-wise short, featuring their signature distorted double bass attacks and blistering bass solos. With "Supercontinent" THECODONTION move towards a more atmospheric and intricate direction, with tribalistic drumming, slower and lengthier riffing, and wailing reverb-drenched leads, all played on bass except for a baritone guitar guest solo on "Laurasia-Gondwana". Their blast-beating fury is nevertheless always present, this time around with a lot more variety in the riffing department. There are also four mostly non-metal instrumental segments in the forms of intro, interludes and outro, in which THECODONTION further expand their sonic palette, with bass ambience explorations and atmospheric rock leanings.
As the album title suggests, "Supercontinent" is a conceptual voyage through various stages of ancient Earth's continental drift phase, from the earliest known supercontinent ("Vaalbara") to the most recent one ("Pangaea"). Extensive researches with an almost scientific approach have been made for the lyrical department; and yet there is a strong pursuit for a certain vivid imagery, with poetic descriptions of ancient lifeforms populating the planet during the various geological eras, and cataclysmic events leading to the break up and collision of landmasses. The four instrumental non-metal songs feature short poems about superoceans: enormous bodies of water which surrounded these continental assemblies.

On the visual front, the concept is perfectly embodied by the phenomenal artwork of Stefan Thanneur (CHAOS ECHOES), with a colourful representation of the final supercontinental stage and climax of the record: Pangaea surrounded by the Panthalassa Ocean.
THECODONTION's "Supercontinent" is an atmospheric death metal sonic journey and another step for the ever-developing and evolving sound of this archaic entity.

ALL PRICES ARE IN AUSTRALIAN DOLLARS.
PLEASE NOTE THAT SOME ORDERS MAY BE DELAYED DUE TO COVID-19.
IF YOUR COUNTRY IS MISSING IN THE SHIPPING OPTIONS, GET IN TOUCH FOR THE BEST PRICE.